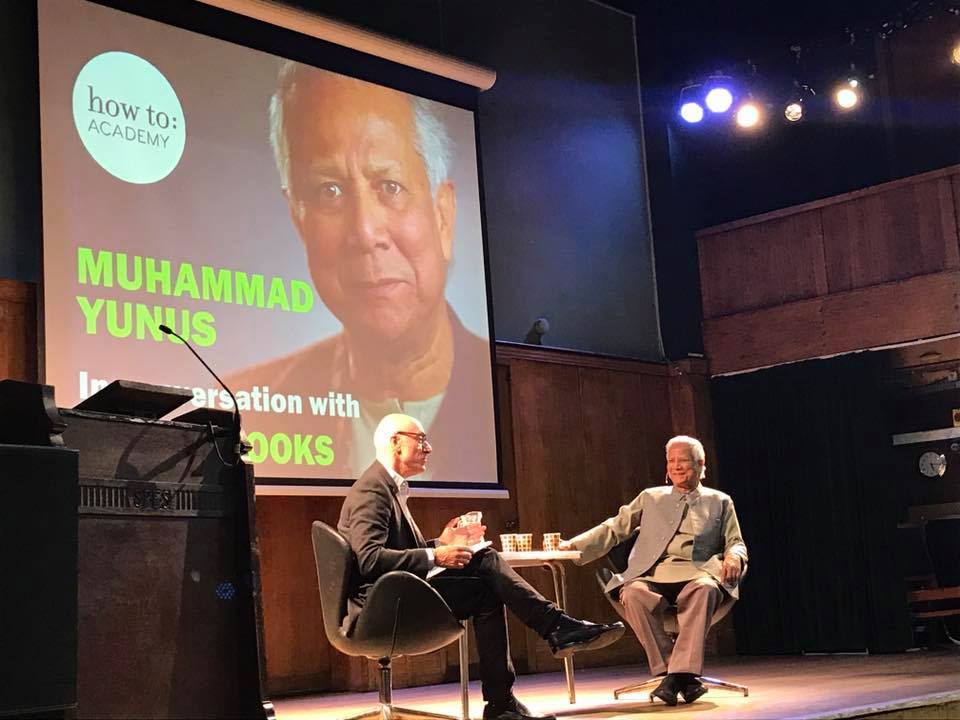 As part of the How to Academy In Conversation with series, Rory Brooks interviewed Professor Yunus on his new book a ‘World of Three Zeroes’. In his book, Yunus offers a challenge to young people, business and political leaders, and ordinary citizens everywhere to embrace a new form of capitalism, where altruism and generosity are valued as much as profit making, and where individuals not only have the capacity to lift themselves out of poverty, but also to affect real change for the planet and its people.